RICHMOND, Va. (ABC7) — The nation’s only governor who is also a doctor, Virginia’s Ralph Northam, says positive COVID-19 tests will have to be on a downward trend in his state for at least two weeks before any consideration is made of “re-opening.”

This comes after President Donald Trump gave governors a road map Thursday for recovering from the economic pain of the pandemic, laying out “a phased and deliberate approach” to restoring normal activity.

There’s been tension between the president and governors this week. President Trump claimed the authority Monday to decide how and when to reopen the economy after weeks of tough social distancing guidelines aimed at fighting the new coronavirus. But governors from both parties were quick to push back, noting they have the primary constitutional responsibility for ensuring public safety in their states and would decide when it’s safe to begin a return to normal operations.

“Yesterday I was on the phone with President Trump to discuss the White House guidelines for how we as states move forward,” Northam said Friday. “Those guidelines are consistent with everything we in Virginia have been doing and we’ll continue to do a phased approach based on science and data. The first phase of those guidelines requires positive tests to be on a downward trend for 14 days. We have not met that criteria. We are still seeing more cases each day, not fewer. So we are not there yet.”

Northam went on to say that, just today, Virginia has 600 new cases, an increase of about 8 percent.

In a recent interview with The Associated Press, Northam said he’s relied heavily on his medical training and a fact-based approach in making those decisions, and he criticized the Trump administration’s messaging as too often “aspirational.” Northam said he tries to treat the public as he would a patient.

“If someone comes in and has a life-threatening brain tumor, they don’t want me to sit there and say, ’You know what, it’s going to be OK,’” Northam said. “People want the truth.”

As an Army doctor, Northam treated wounded soldiers during the first Gulf War in Germany, including a 45-day stretch where he “basically lived” at a hospital. He later established a private pediatric practice, taught at medical school and volunteered at a hospice where he comforted parents of dying children. 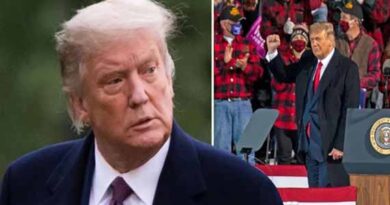