It was, in a word, horrendous. Below, the best and worst from the night that was.

This was an absolutely awful debate that did absolutely nothing to educate the public about the two candidates and what they would do if given four years to serve as president of the United States. It was, without question, the single worst debate I have ever covered in my two decades of doing this job. That it happened even as more than 200,000 Americans have died from Covid-19 and projections suggest that number could double by January 1 made the un-seriousness of it all the more striking — and painful. It was, simply put, a deep disservice to democracy.

* Donald Trump: Remember that the President needs these debates to change the dynamic of the race. Because if he doesn’t, he is likely to lose (and lose badly) to Joe Biden. I saw absolutely nothing in a torturous 90 minutes that will change anything. Yes, Trump dominated the debate — but that was because he bullied, interrupted and cajoled both Biden and moderator Chris Wallace at every turn. Sure, that will hearten his strongest supporters. But do you really think they needed a debate performance like this to get excited to vote for him? The interruptions made the debate literally unwatchable. In fact, I found myself repeatedly wondering why anyone who, like me, isn’t paid to watch the debate stayed with it for more than about the first 10 minutes. Trump made a series of outlandish claims — “I brought back football” being my personal favorite — not to mention false statements about his own record and that of Biden. He purposely misunderstood Biden’s reference to his son Beau’s military service so that he could pivot to attack Biden’s other son, Hunter. He refused a direct opportunity to condemn the Proud Boys and other white supremacist groups. (“Stand back and stand by,” Trump told the Proud Boys — whatever the hell that means.) It was dismal. All of it.
close dialog
* Debate rules: The two presidential campaigns spend months negotiating the rules to govern the debates — most notably that each candidate would have two minutes of uninterrupted time to answer each question before there was time for a more general conversation. That never happened. Not once. Instead, Trump interjected almost as soon as Biden began to speak. Wallace would then remind Trump that his campaign had agreed to these rules. Trump talked over him. A debate without rules isn’t a debate. Or, better put: A debate in which one of the candidates refuses to follow the rules isn’t a debate.
* Joe Biden: The former vice president started slowly. His answer on why the Supreme Court seat should not be filled before the election was meandering and, frankly, bad. Which is shocking given that Biden HAD to know he would be asked that question. I thought Biden strengthened somewhat through the middle part of the debate — particularly as he made the case that Trump’s mishandling of the coronavirus has cost American lives. But too often he let himself be dragged into Trump’s gutter. And while the Democratic base no doubt rejoiced when he told Trump to shut up and called him a “clown,” it’s hard for me to see how that is in keeping with Biden’s core message of restoring decency and leadership to the White House. As I noted above, this debate likely changes very little in terms of the overall dynamic of the race — which is a good thing for Biden because he is ahead. But Biden too often played into Trump’s hand with the name-calling and the outlandish claims. He forgot the first metaphor of debating with a candidate like Donald Trump: Don’t get down in the mud with the pig, because you both get dirty and the pig likes it.
* Future debates: There are supposed to be two more presidential debates between now and Election Day. Can anyone who watched that disaster possibly believe that we need more of it? And if you are Biden’s team, why would you possibly allow your candidate to face that hellscape twice more — knowing that just by showing up, he is going to be diminished? The Commission on Presidential Debates is a powerful organization. And both campaigns know that these debates draw more eyeballs than either one of them can possibly get on their own. But even with all that taken into consideration, it seems to me that we now have to have a serious conversation about whether having more debates is actually detrimental to voters, and how they are trying to make their minds up about who to vote for.
* Politics lovers: I have been an unapologetic lover of politics for decades. I love the pageantry, the competition, the strategy, the history, the battle of ideas. And at the top of the list of what I enjoy most about politics and campaigns has always been debates. They have long been an effective distillation of the mix of performance and policy required to not just be elected president but also to do the job well. Because I love politics so much, it was deeply disappointing to watch the debacle on my TV screen on Tuesday night. It didn’t make me mad. It made me sad. Because politics is — and has to be — better than this
Please follow and like us: 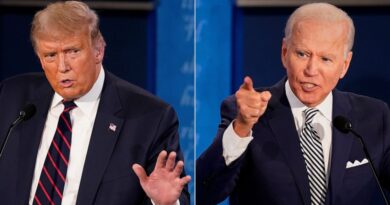 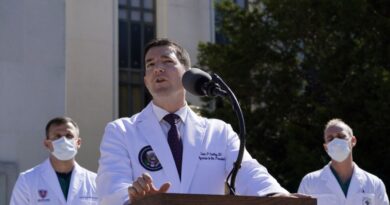 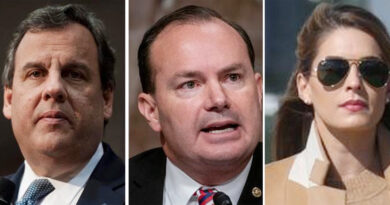