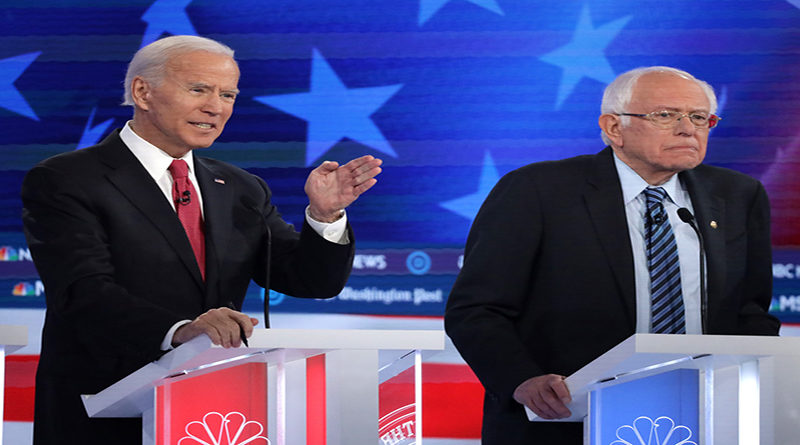 (CNN)Vermont Sen. Bernie Sanders on Monday endorsed former Vice President Joe Biden for president, pledging to help him defeat President Donald Trump in the general election as the two agreed to launch a series of task forces to work jointly on policy matters.

“We need you in the White House. I will do all that I can to see that that happens, Joe,” Sanders said to Biden during a livestream broadcast by Biden’s campaign on his website and on social media.
The endorsement of Biden by his leading Democratic rival marks a key moment for Democrats as the party seeks to unify and turn its focus toward a November match-up with President Donald Trump.
Sanders’ quick endorsement of Biden in mid-April, just five days after he suspended his campaign, was a stark contrast to the 2016 Democratic race, when Sanders continued to battle Hillary Clinton into June and waited until July to endorse her.
This time, the former vice president and the Vermont senator sought to immediately address the distrust some of Sanders’ supporters have for Biden after a primary campaign in which the two repeatedly clashed on issues like foreign policy and health care.
“I think that your endorsement means a great deal,” Biden said. “It means a great deal to me. I think people are going to be surprised that we are apart on some issues but we’re awfully close on a whole bunch of others. I’m going to need you — not just to win the campaign, but to govern.”
Visit CNN’s Election Center for full coverage of the 2020 race
The two said they had agreed to form six task forces to work on policy matters. Those working groups will cover the economy, education, criminal justice, immigration, climate change and health care.
“It’s no great secret out there, Joe, that you and I have our differences, and we’re not going to paper them over. That’s real,” Sanders said. “But I hope that these task forces will come together utilizing the best minds and people in your campaign and in my campaign to work out real solutions to these very, very important problems.”
Biden told Sanders he is “looking forward to working with you, pal” and said he would “try my best not to let you all down.”
It could take more time for the progressive movement that Sanders had built over two presidential bids to follow the Vermont senator and align behind Biden. One of Sanders’ most prominent supporters, New York Rep. Alexandria Ocasio-Cortez, told The New York Times that Biden’s campaign had not yet reached out to her, and that the “process of coming together should be uncomfortable for everyone involved — that’s how you know it’s working.”
Biden and Sanders went back and forth Monday afternoon from their homes in Delaware and Vermont, asking each other questions about Trump’s response to the coronavirus pandemic, economic issues, the cost of higher education and more on a livestream broadcast on social media and Biden’s campaign website.
Sanders acknowledged that the moment was a surreal end to a hard-fought Democratic presidential primary that was overtaken in its final weeks by the coronavirus pandemic.
“Not in a million years would we have believed we would be talking to each other in our respective homes, that we could not do rallies, that we could not get out of the house,” Sanders said.
Sanders asked Biden at one point if he could support a national $15-an-hour minimum wage, and Biden said yes.
“You don’t get enough credit, Bernie, for being the voice that forces us to take a hard look in the mirror and ask ourselves if we’ve done enough, and we haven’t,” Biden said.
The two also discussed their areas of agreement on Trump’s handling of the coronavirus crisis — with Biden highlighting how it would hurt young people, who have been Sanders’ core constituency.
The two displayed a warm relationship that dates to Biden’s days as a fellow senator.
“We’ve been friends. We’ve disagreed, but we’ve been friends,” Biden said.
Sanders added: “I know you are the kind of guy who is going to be inclusive. You want to bring people in — even people who disagree with you.”
As they discussed how to end their livestream, the two joked that they could get out chess boards and play via video.
“We’ll bore everybody for a few hours,” Sanders said. 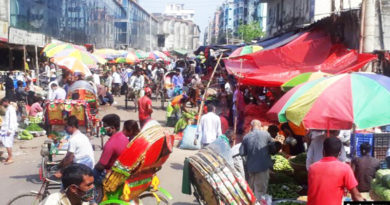 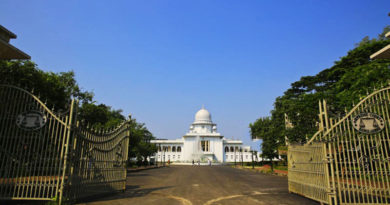